Shame for Adhering to God?

The liberals over at the Alabama Media Group have posted another article demonising Southerners. AL.com’s (affectionately referred to by many conservatives as “Al.Commie,”) John Archibald has poison penned a piece equating God-fearing Alabamians with Nazis. Where have we heard that before?

Mr. Archibald expresses his “pious” disdain for the Methodist Church enforcing it’s own dogma against the Yankee Talbert, who aims to wed two Sodomites in Birmingham.

Mr. Archibald, not merely content to defame Southerners, also hates his own religion. He says quite plainly:

…I’m ashamed of being a Methodist. In Alabama.

Like Joey Kennedy, one wonders why they remain in a country they despise so much. Alabama would certainly be much better off if they would flee to those bastions of perversity in the North.

The article itself is devoid from any semblance of an an argument. Archibald doesn’t event attempt to make a cohesive case. He states:

Wallace-Padgett (of the North Alabama Methodist Church) issued another statement urging Bishop Talbert to reconsider, hammering him for disregarding a church law, and blah blah blah.

Archibald’s article is summed up, blah blah blah. It a piece designed to tap in to the ingrained notion of “absolute equality” of society, regardless of how incompatible it is. But this itself is not even applicable upon closer scrutiny, as Sodomites have the same rights everyone else possesses anyway. But he continues on with his theologically bankrupt fluff as he tries to drag the Southern Methodist Church into the errors of Modernism which have afflicted it’s Northern counterparts so heavily. 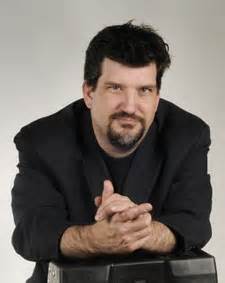 In the process of his sugary sweet, Alabama-hating rant, Archibald does find time to squeeze in mentions of MLK, Jr., flying spaghetti monsters, and, interestingly enough, Saint Augustine. What has this Great Saint, a champion of the Christian Church, said on the matter?

“(T)hose shameful acts against nature, such as were committed in Sodom, ought everywhere and always to be detested and punished. If all nations were to do such things, they would be held guilty of the same crime by the law of God, which has not made men so that they should use one another in this way.” Saint Augustine, “Confessions”

—- Mayor Bloomberg of New York has funneled as much as 1.1 million dollars into the Virginia Governor’s race in an attempt to beat out pro-marriage and pro-life conservative Ken Cuccinelli. Bloomberg supports the progressive Democratic candidate, Terry McAuliffe.

—-  A Catholic Archbishop has barred Sodomites with the intent of passing “homosexual marriage reforms” from publicly saying the Rosary within the Immaculate Conception Cathedral. His Lordship, the Bishop of  Springfield, Illinois, stated that their attempted act was blasphemy, and that

Jesus clearly taught that marriage as created by God is a sacred institution between a man and a woman.